Spencer Garn is a Billboard charting musician, record producer, composer, & engineer known for his soulful & organic sonic fingerprint.  He began as a teen dabbling with 4-Track cassette recordings with highschool friends.  In his early twenties he purchased a 1/2" reel to reel Tascam 8-Track recorder and began recording his own funky soul Hammond organ instrumentals in his house at the time.  He is a founding member of Ruby Velle & The Soulphonics who began performing in Florida in late 2006, and relocated to Atlanta, GA in late 2007, where they recorded and released their early singles soon after that.

He primarily works out of his own Diamond Street Studios in Atlanta, GA where he's recorded and mixed most of his work since late 2011.  The studio house band, Diamond Street Players, a rotating cast of musicians, recently released two singles on wax in Feb and June of 2019, and the debut full album on 8/2/19, all out on Gemco Records!  On stage he performs mostly Hammond organ, and other keyboards. In the studio he also plays bass guitar, in addition to recording the occasional guitar riff or drum beat!

Garn's recent work is an array of songwriting, production work, and musical performance!  A few projects are highlighted here on this page - take a listen!! 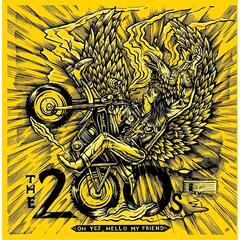 Featured as one of the best photographers in Atlanta